A Taste of Bruges

The two most common reactions I’ve gotten when I mentioned visiting Bruges have been, “oh, it’s so cute!” and “oh, it’s really crowded.” Both are true; it’s crowded because it’s cute. And yet, we managed to miss the crowd crush and enjoy our few days in the city.

We arrived by train from Brussels (so comfortable! so convenient!) and wandered through the drizzle with our backpacks to where we were staying. This set the tone for our stay: walking under grey skies and in the rain. We did get some sun while there – and some strong downpours – but in large part, we had to content ourselves with being wet. We still walked around, but I suspect many others did not, leaving the streets to those of us who accepted getting damp.

Bruges is a canal city, and the center of the city is surrounded by a circular cut lined by a trail, parks, and even some windmills. Pedestrians have right of way everywhere, and taking cars into the city center is discouraged. As such, Bruges is tremendously walkable and that’s how we explored the city – by foot, for kilometers.

I’m an adamant proponent of wandering around in new places. Rather than pursue one sight after another we covered as many streets as we could, yes, seeing sights along the way. Walking outside of the center’s core also meant that we were often the only people walking on a given block. Wandering these streets gave us a better glimpse of residential life in Bruges, and allowed us to slow down and notice the details.

I also appreciated Bruges’ waffle stands, its chocolate shops, the veggie burgers and fries on offer, and the beer (the lambics!). What a treat to stroll around, taking in the sights, and when it began to utterly downpour, duck into a bar. 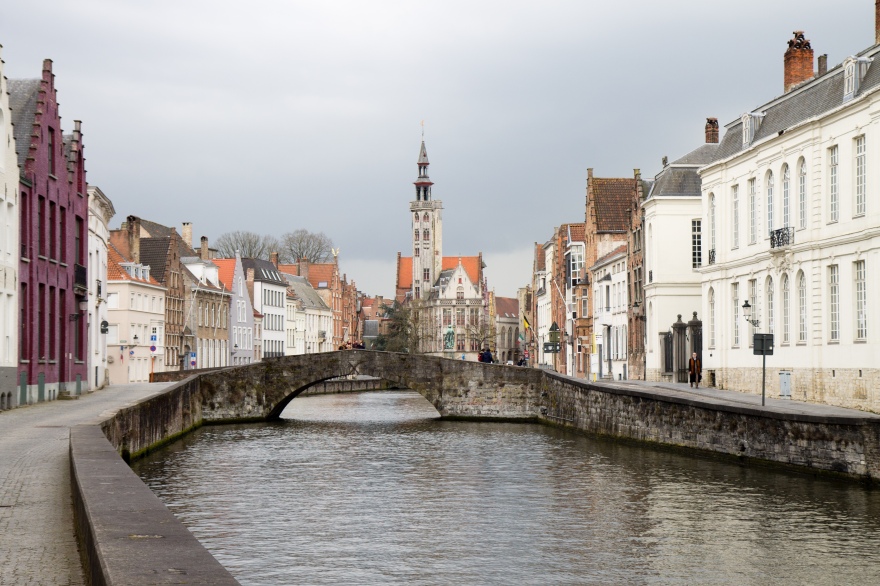 On our last morning there, I ran the canal around the city center. The parkway stretched out ahead, windmills marking the way into the distance, and the canal reflected the blue of the sky that had been lacking for most of our stay. I decided I needed to come back – not just to Bruges but to other Belgian cities we hadn’t been able to visit. And by bike. 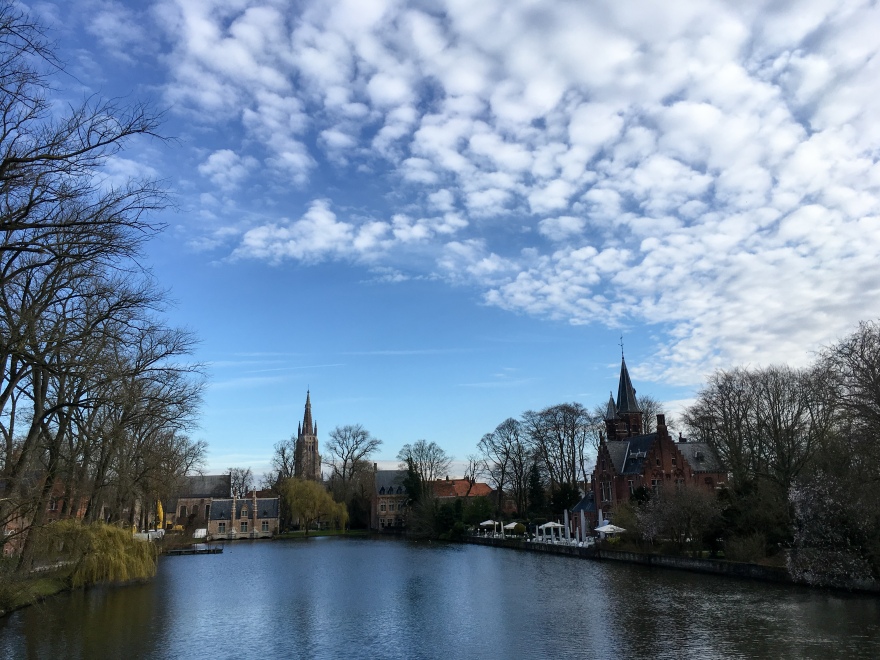 Walking around Bruges may not have been the most adventurous thing I’ve done, but it was downright pleasant.∗