Glimpses of Slaughter and Silence

There was a wall before me. I ran my hands along it. I peered over it. I spent months perched on top, dangling my feet over the edge, observing. I scraped my elbows and palms, gathering glimpses at foreboding pasts and awful alternative presents, collecting calluses.

The wall is cracking beneath my palms.

Genocide seems far away. Even when standing on its grounds, an inexperienced mind, sans memories, isn’t elastic enough to fully accept this truth. When I was there, I tried, I really did. I looked at everyone my age and older: Which side were you on? What memories do you hold in your body? Around me, motortaxis zipped by.

Rwanda truly felt safe to me. Reconciling pleasant Kigali with what I knew happened less than two decades prior was an exercise in futility: they were two different cities in my mind, the real one where my body stood, and the imaginary one I read about. Those who passed by me on the sidewalks had stepped in both cities, but I couldn’t understand, only wonder.

Please do not step on mass graves

Further south, in Burundi, the past felt more tangible. The poverty and desperation seeped through the streets and my presence there, holding more of value on my person than the average local makes in a year, seemed incongruous and wrong. Tension shimmered in the air, but from what of all things, I could not say.

Lake Tanganyika placidly stretched into the distance before the capital. Teenagers kicked a ball around, but for the most part, beachgoers were sparse. I looked at the water: How many bodies lie in this lake? 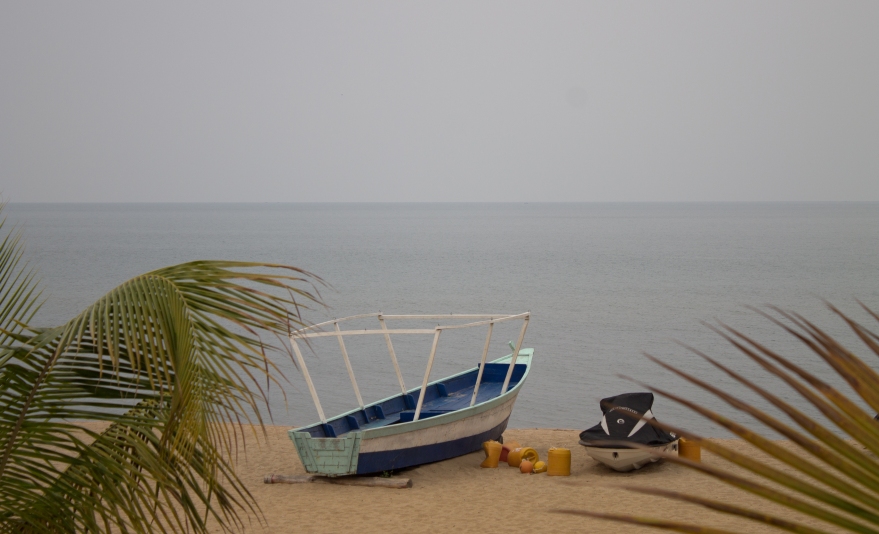 But still: my feet in the sand. Laughs and goofy dance moves exchanged in a nightclub between our mixed posse of travelers, expats, and locals. But, the streets, for the most part, were empty after dark.

“In order to go on with our lives, we are always capable of making the ominous into the merely strange.” – “Strength in What Remains” by Tracy Kidder

Back in Kigali, at the Genocide Museum, I diligently read through every single placard. The questions to ask are “why?” and “how?” There is a struggle to truly comprehend such horror; the mind does not want to encompass it. Westerners like me often brush such horrors. “Africa,” is a sad explanation, and a flawed one. In the Genocide Museum, there was an exhibit on other genocides, with pieces on the Balkans and on the Holocaust.

Stillness doesn’t mean forever. Stillness may just be an eye in the storm of what humans do.

Germany! Berlin! So hip, so European. Let me amend: European in the best and the worst ways. Our guide led us through Prenzlauer Berg, relaying stories from the East German years of his and his friends, their younger lives. In Alexanderplatz, a display had been set up marking the twenty-year anniversary of the fall of the wall, which was approaching. Our guide pointed out some of his friends in the photos of protesters. 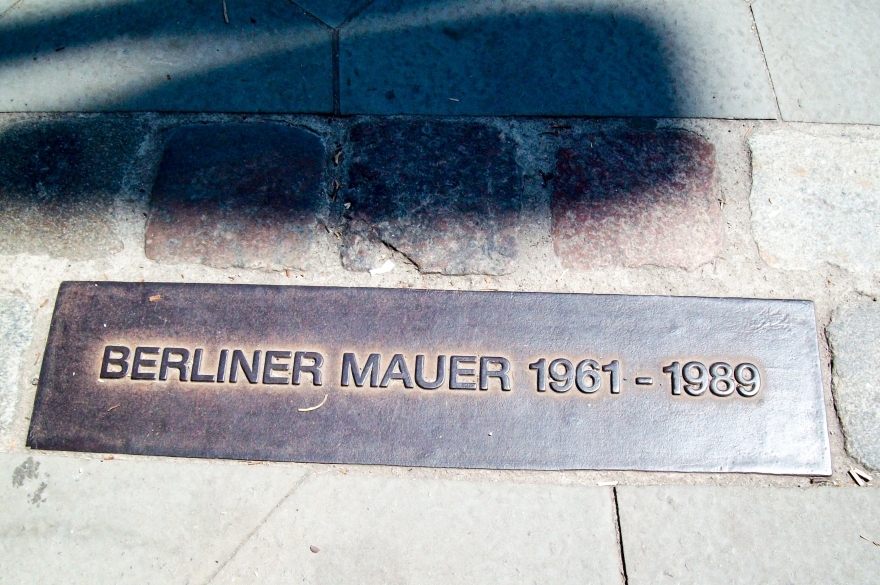 Germany. Berlin. Split in two countries, not so long ago. People are quick to bring up Hitler, the ultimate villain. And sure, although the scale of evil becomes a cliff, and in the abyss are far too many malevolent souls. After Hitler were the Stasi, for decades cowing millions into a subdued acquiescence. If Nazism isn’t recent enough to spark trepidation, this should be.

But my fear, at least, does extend back. I can look into the eyes of a friend and heartbreakingly know, Nazism is in his blood, though far from his heart. But is the divide so clear for all? Just today I read a comment by someone talking about their Nazi grandparents, the most mannered people one could know. Do I stare at reconciliation, or silence? Or both? And where does the line fall? Are modernity and social compacts as entrenched as they oft feel? Who has bought in and who is opting out? Who has forgotten, who looks away?

On this site stood the synagogue of Potsdam’s Jewish Community. In the night from the 9th to 10th of November 1938 it was plundered and destroyed by the fascists. 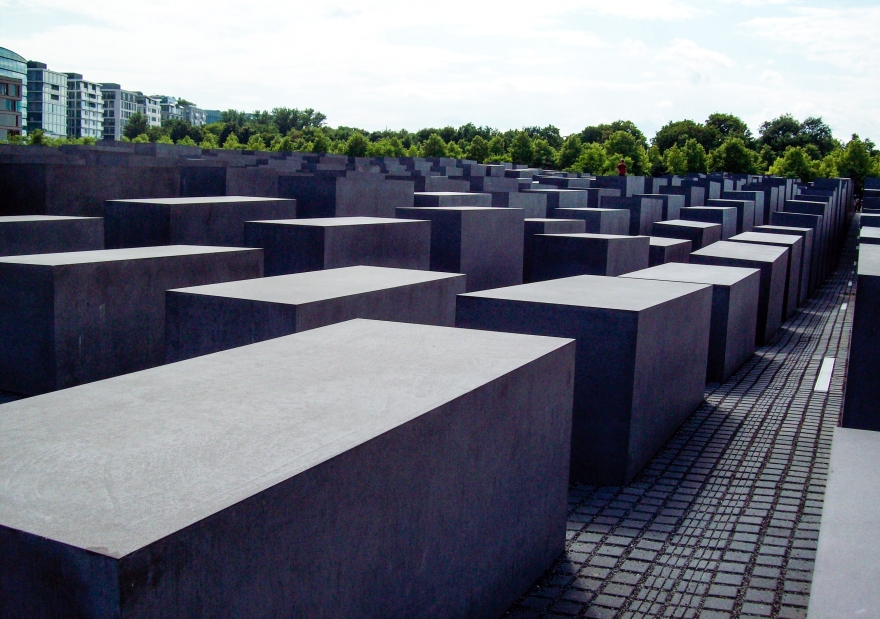 The story of modern Europe is one with as many chapters on tyranny as freedom. Lest we forget.

Tyrannical pasts are not always condemned, populations do not always agree, “we’ll do better this time.” I lived with a woman whose father was sent to the Gulag, and outside of our apartment I walked by women of the same age holding up portraits of “Stalin, our hero.” I flipped through a guest book in the State Museum of Political History of Russia. There was no consensus, but rather a divide that will not be bridged. Half: “Stalin won the war for us.” Half: “Stalin murdered millions of us.” 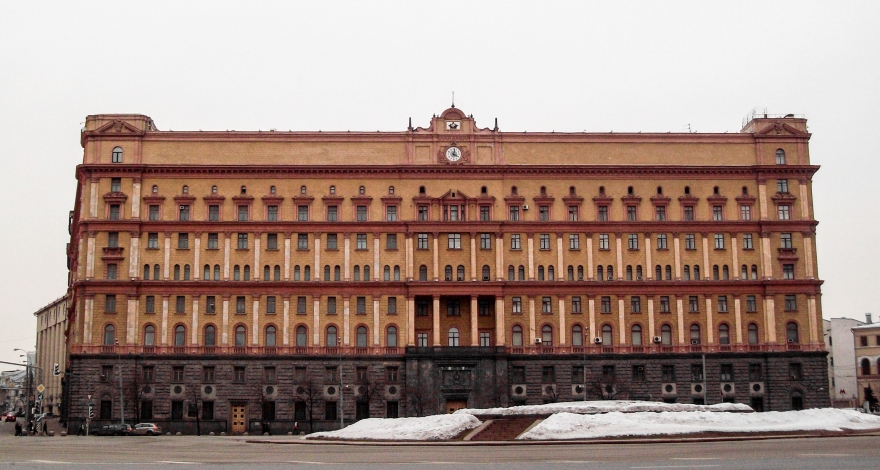 If you don’t coldly look at the past, it more readily shapes the future. “I don’t bother with politics, ugh,” is a common pronouncement from both Russian and American friends. One can look away, which is often the same as compliance. In Russia, it’s a tactic held for survival, I know – but does it lead to that?

“Our entire tragedy lies in the fact that our victims and executioners are the same people.” – Quotation in Anna M.’s story in “Secondhand Time” by Svetlana Alexievich

State Library of the USSR in the Name of Lenin. Statue of Dostoevsky.

Ghosts are not dead. I lived with them and their pasts and in those months a howl formed within me. How? It happened and it happens and I want to spit back at the platitudes relentlessly panting about the goodness of people. If people are good, why did my hosts witness a city starve to death? If people are good, why was one’s father sent to his death, after escaping it at the front? If people are good, why do they walk on the streets ignoring this all? And, even though the past can be shaken off, how is it possible that we shake off the present?

“What do I think of people? When it comes down to it, people aren’t good or bad, they’re just people, that’s all.” – Daughter of Ludmila Malikova in “Secondhand Time” by Svetlana Alexievich

Russia and the U.S., at their extremes, reach out to one another.

My Russian friend, who is not in Russia because she is not safe in Russia, smiled bracingly at my tears. Yes, Trump is very bad, she told me. But, you see, at least you have a history of civil society, of democratic institutions. Do something, I always feel better when I am taking action, she urged. She would know. It will be an interesting time, she laughed pointedly. I take heart in the fact she is still able to laugh. 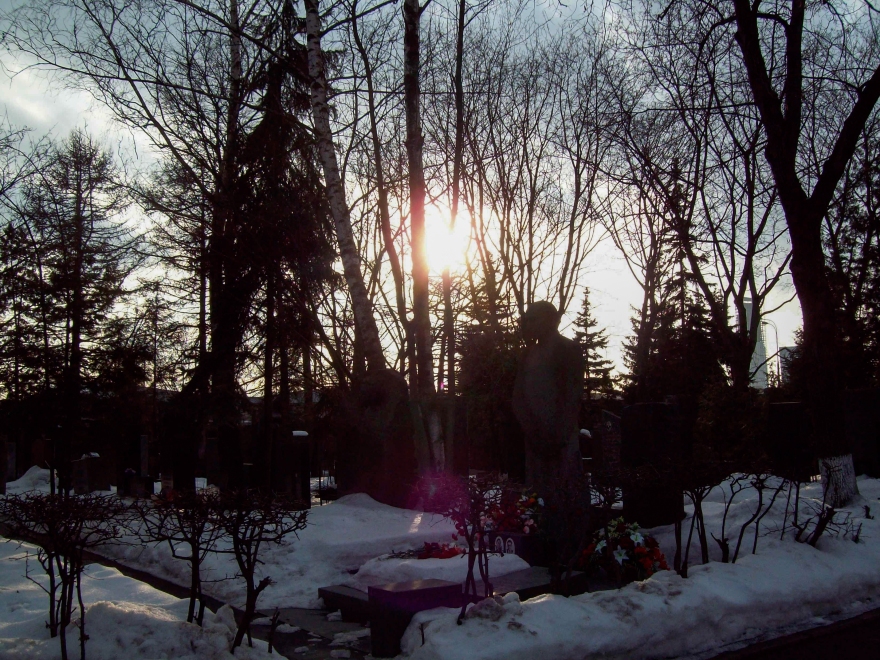 Fear is a fickle current. It, with hate, cannot be consistently guided. There is no guarantee as to who will or won’t be swept away. Closing your eyes only prevents you from seeing just when the wave will hit you. Brace yourself.

“I know what it looks like when freedom falls into inexperienced hands. Idle chatter always ends in blood. War is a wolf that can come to your door as well.” – Gafkhar Dzhurayeva in “Secondhand Time” by Svetlana Alexievich

I keep my eyes open. I no longer examine a past over the wall, but gaze at a version of a future before me. Rubble already lies at my feet.∗