Just Ahead and Right in Front of You

Just walk down the road. Walk that way. And then turn right. The stairs are there. 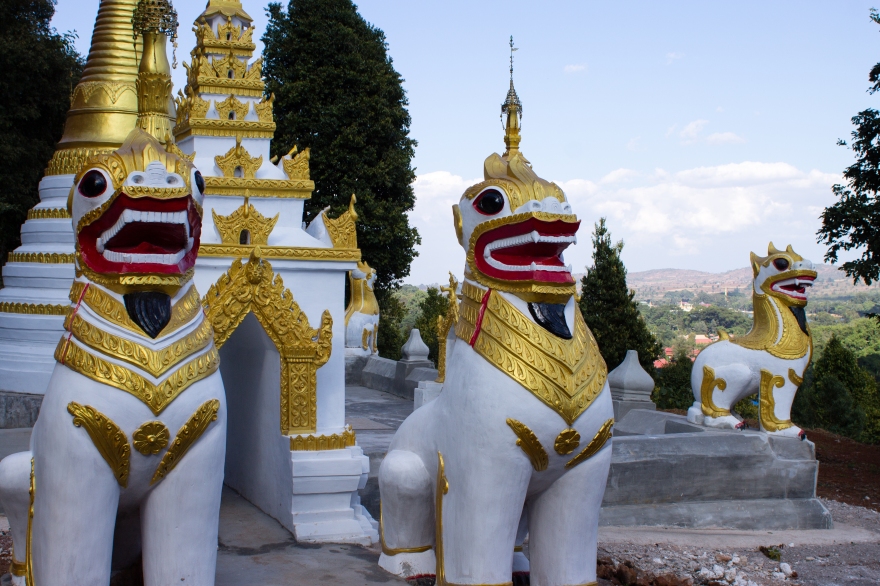 We had ascended through the hills to Pindaya in the early afternoon. In short time after checking into our hotel, we’d arranged a trek to leave the following morning. Eagerness was rustling beneath the surface of my skin as we set out to explore for the day.

The stairs we were directed to were longer and steeper than we thought. Straight up the wall of hills as Myanmar rises in the north. Sweat soon got the better of us.

The cave, however, swallowed us with a welcome coolness. We milled around with others through the winding passages, some wide, some very narrow, making our way between, underneath thousands of golden Buddhas. Their ages stretched from hundreds of years old to brand new. Some were worn and some gleamed. Some took their huge seats with pride and some hid in corners, limestone dripping around them. The dark and the golden sheen pushed on each other, neither quite winning out. 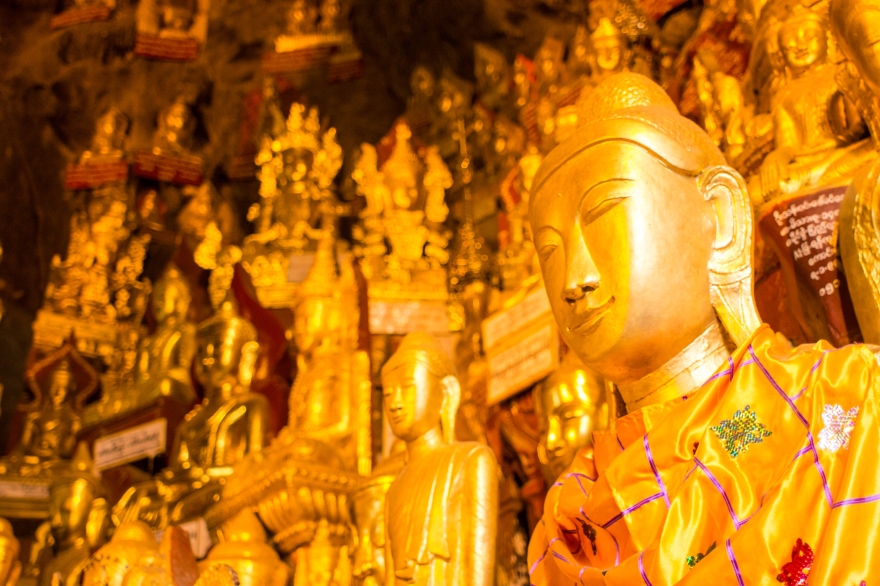 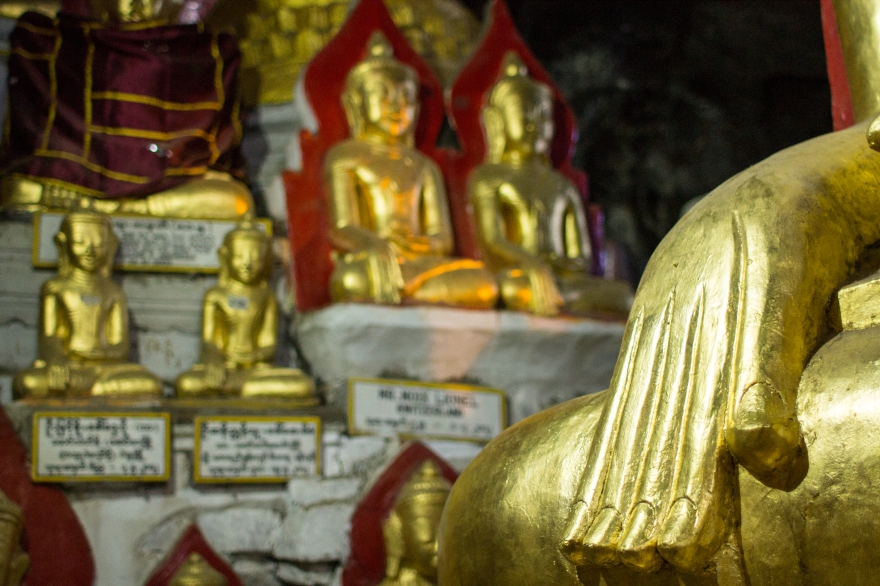 We descended from the cave back into town and wandered the streets, looking out over the lake, peeking at restaurants to ascertain which to try. We ducked into a popular one situated on a side road. Locals popped in and out with take-out orders. We were satisfied this was a good spot and pointed to photos on the menu to take our pick, rudimentary communication breaking into grins.

After some tasty fried noodles and veggies, we headed back to the hotel. Ben was still hungry and we dawdled by a little food cart on the way. A woman standing there gestured to what it was they were frying up – cauliflower! The woman managing the cooking plopped one down a fritter for us to try. We grinned, it was good! We asked for three more; she gave us six. She then tried to communicate the price to us and I accidentally overpaid by 50 kyat. When she pushed the bill back at me, I laughed and refused to take it – between a sample and extras, no! She giggled, getting a kick out of the whole thing. And really, those cauliflower were tasty. 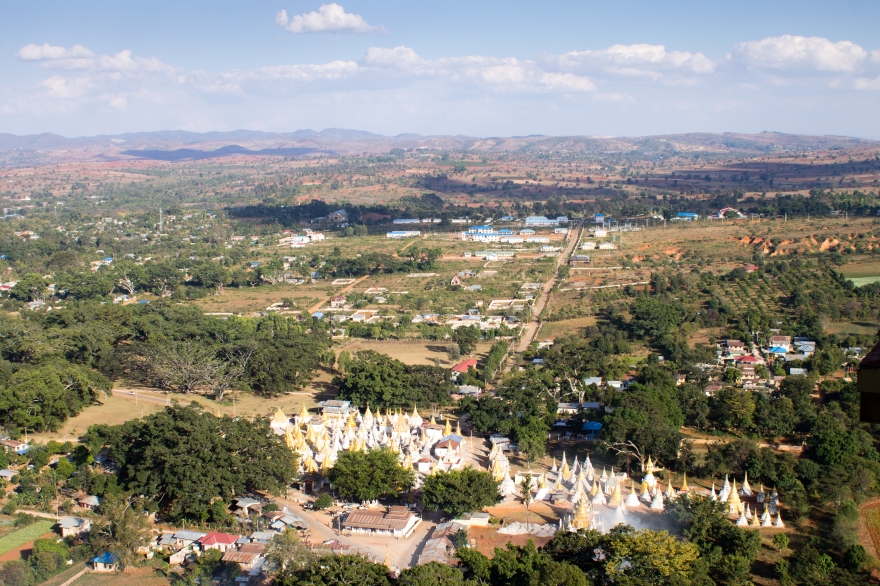