We exited Rocky Mountain National Park, snow splotches fading in our eyes, winding down the road toward Wyoming.

I had a red eye flight out of Seattle. Equipped with my not-at-all stuffed to the gills backpack (truly, it wasn’t), I sat on the bus, off to the airport, chatting animatedly with the bus driver who asked where I was going. I told him about my upcoming road trip, my home-in-the-making, and he told me about his job, how long he’d been a bus driver, previous travels, and his desire to get out somewhere soon, over the holiday weekend maybe, Canada maybe. Do it, I said. Just go.

Never has going been a bad idea.

I trod into the Denver airport at around 2am but I wasn’t counting. I scouted the somewhat familiar airport – I hadn’t been to Denver proper but the airport, yes, several times – and found a hidey hole in a quiet area. I dragged some chairs nearer to the wall and lay on the floor. My next flight was at 9:30am to Pierre. I was cold on the floor and it was bright. I rolled around until I deemed it time for breakfast, and off for a bagel and the largest coffee was I.

Armed with caffeine and nourishment, I headed to my gate. Almost to a new place! Almost to my boyfriend, who I hadn’t seen in months! Numbers slipped my mind so early, and I paused in front of a departures screen to remind myself of the gate number. Cancelled.

Disgruntled, I headed to the gate anyhow. The weather was fine so I wasn’t sure what could be happening. But, yes, this rubbish airline had cancelled our flight. It was Friday morning before the Fourth of July weekend and the next flight wasn’t until Sunday. Demoralized would-be passengers sat around me. How to get to their families to celebrate? It wasn’t sure. I called some rental car companies. Nothing available. So my boyfriend switched his driving route, looping instead toward Denver to meet me. In the meantime, I had until the evening.

For a while I luxuriated in the hotel bed, recuperating from the airport floor. Then I showered. And then I knew that, if I was in Denver, I shouldn’t waste the rest of my time in a hotel room. I randomly picked a microbrewery, called an Uber, and set off with my book tucked underarm. As per usual, I chatted with the driver.

I entered Great Divide Brewing’s Tap Room and for just a moment, I felt overwhelmed by the crowd clustered around the bar to order. I stepped away, nearer to the bathrooms, and two women pointed at the book under my arm. “What is it? I love seeing someone carrying around a book.” I started my explanation about the book, by an Estonian-Finnish author, about the book’s examination of the Soviet invasion of Estonia, and its lasting repercussions. Often, but not always, my long-winded explanations are met with bemused disinterest. This time, I received more questions in turn. I followed them to the bar.

And then, I followed them to one of their homes, after a flood of invitation, persuasion. I had hours until my boyfriend got to Denver, after all. I texted him their address, where he would pick me up.

How does this happen? We sat on the porch, looking up poetry on our phones. We recited in English, Spanish, and Russian. That never this heavy ball of earth will drift away beneath our feet. Lines in foreign languages were met with hands on the heart.

My tired-of-driving-all-day boyfriend gathered an ecstatic me. Kisses on the cheek, goodbye. We went back to the hotel to ready ourselves for our road trip that would begin tomorrow. But I was already traveling. 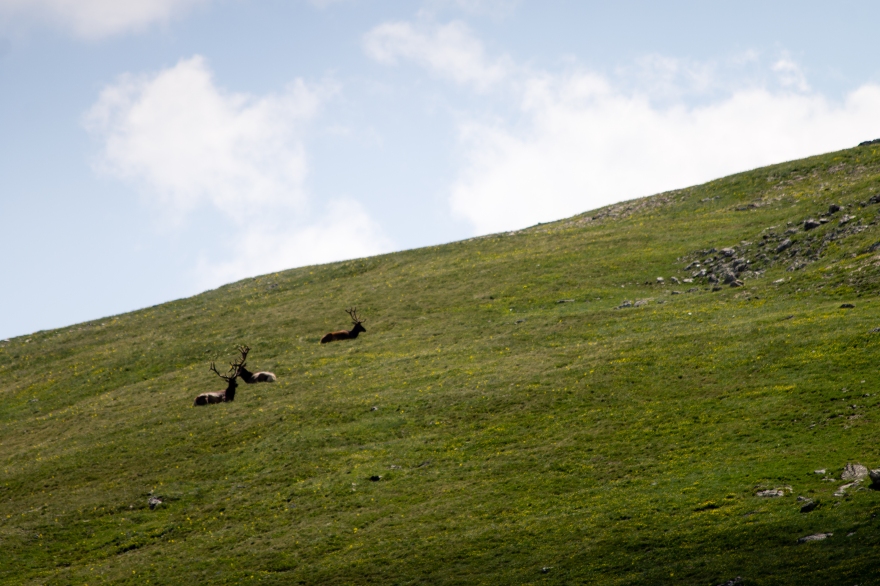 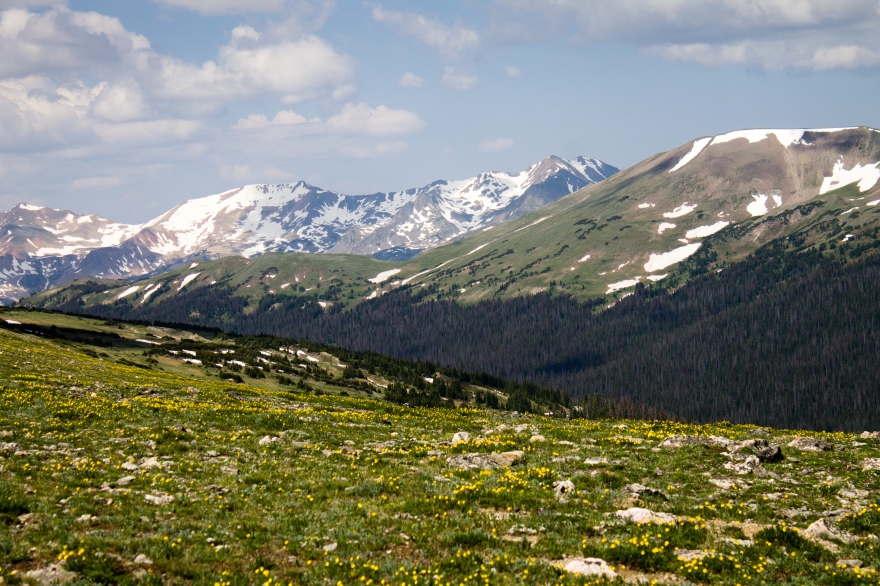 We wound up, up into the mountains, into the patches of snow, into the blue sky. We sidestepped crowds of people, sitting at the most secluded picnic table. I spun around with my camera – mountains mountains elk mountains. The high altitude air was clear. We were together again, and we were here. A lightness. We commented on the super strong cyclists pushing their way up into the heights as we drove down and out.

We exited the park. We exited Colorado.