“Kill the King, Crown the Witches”

On April 24, 2009, I attended a Patrick Wolf concert in St. Petersburg. For those who aren’t familiar, Patrick is an English musician who is difficult to pigeonhole in a specific genre. He plays a wide variety of instruments and has a rather devoted fan base, which includes me. I considered myself very lucky: this was his first concert in the city and the venue was a short five-minute walk from my homestay—a far cry from the plane ride from Kentucky to London I took to see him previously. Fact is, I was very lucky but not because Patrick Wolf for once played a concert in the city where I was located at the time, but because I had the opportunity to attend his show specifically in Russia. 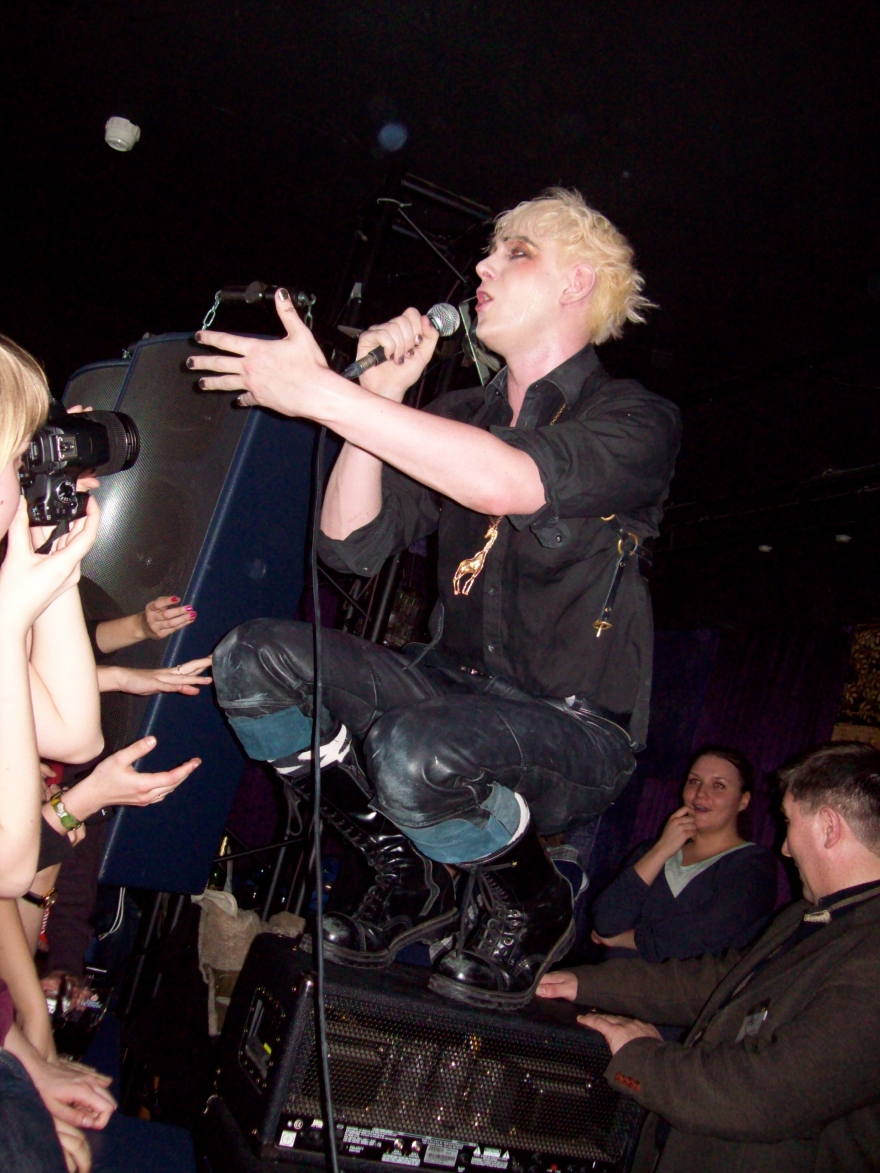 This concert was rather different than most other shows I have attended. Yes, there was much more shoving—if you wanted to be up front, you had to stand your ground constantly—but that’s Russia. It’s the same on the metro. The show was different because of the crowd. Yes, a Patrick Wolf concert is going to attract some odd ducks (and I mean this in the fondest way possible; I, after all, include myself in this group), but the audience here was a bit more extreme than at the concert I attended in London, or than at any other somewhat avant-garde shows I’ve been to.

I say, “extreme,” and by that I mean most of these individuals embraced their weirdness, what made them different. Compared to the general population of St. Petersburg, they stood out. And it wasn’t just because of some concert accessories or extra glitter, as was more the case in London.

Patrick Wolf is gay, a deviant in the eyes of Russia (and elsewhere). This show took place before St. Petersburg’s awful law against so-called “homosexual propaganda,” which was later taken up by the Duma and made national law. But of course, St. Petersburg wasn’t a tolerant place before this law was passed. I went with a group of Russian friends to one of the few gay bars in this large city, and I find it telling that to get in we had to buzz security through a heavy door, let them search through all of our bags, and allow them to hold our cameras at the door until we departed. As a whole, Russian society is absolutely not accepting of sexual minorities. Yet, I would venture to guess that almost everyone in the audience at Patrick’s show is tolerant of homosexuality, if not gay themselves. After all, Patrick is open about his sexuality, and these were not casual fans.

Not long ago, I read an article that discussed homophobia in Russia and speculated about the reasons as to why it is on the increase: “[It] may reflect an underlying conservatism that’s not about God and guns, but something deeper and more unique: the deep-seated, possibly acquired distrust of provocation and conflict among Russians. There’s a reason for that distrust: Russians know how their society and government functions, and they know that by raising your head and causing a ruckus you risk being destroyed.” I find this hypothesis very believable. Indeed, some of the vile comments on that article may function as proof. Acting in any way that could be perceived as socially deviant, or that causes you to stand out, is viewed as extremely unwise. It leads to the question, “what is wrong with you?”—not, “why are you gay?” but, “why are you different?” And then, ostracization. No one wants to be affiliated with a perceived dissenter.

During the Soviet era, records by the Beatles were banned. People went to great lengths to obtain their music, or anything Beatles-related, even photos. They would get bootlegs that were made on old x-ray plates, they would look at pictures guess who was John, who was Paul. An entire counterculture was formed around these pursuits—one that was strong enough to persist somewhat to this day. Venture to Pushkinskaya 10, the apartment block that holds the music club “Fish Fabrique,” and you’ll see the Yellow Submarine mural in the courtyard, a sign for John Lennon Street, and the “Temple of Love, Peace, and Music,” a huge collection of Beatles paraphernalia. In a way, dissenting pursuits or interests became part of their practitioners’ identities.

If you’re going to stand out in a culture that quashes perceived nonconformity, you have to embrace the characteristics that differentiate you and go all the way with it. Those characteristics become a large piece of your person. And you have to sharpen yourself, because you know you will be attacked. In a way, what makes you vulnerable also becomes your armor.

I think anyone who has been a bit of a weirdo understands this. You survive by turning to those who share the differences or interests that make you offbeat and, by finding support in this group, your oddities become even more prominent. I understand this on a smaller level—I had peculiar tastes in high school and made internet friends who shared these interests (and some remain great friends of mine, all these years later) and we exulted in them. Being a deviant in a society like Russia probably exaggerates this phenomenon. And if this deviance is sexual, well, being gay is a much more core part of your person than peculiar interests in music or books.

And you have to sharpen yourself, because you know you will be attacked. In a way, what makes you vulnerable also becomes your armor.

This video should convey some of the enthusiasm of the crowd at the Patrick Wolf concert. People were singing along to everything despite my guess that many of the concert-goers didn’t speak English very well. I waited in line with probably the most zealous group of fans (those who queued for hours in the cold for a shot of being up front), and very few of them spoke English conversationally. Yet they could sing along. We were in a space where, for the moment, we could fully embrace our supposed weirdness—be it because of our unconventional tastes, sexual orientation, or otherwise.

I would like to note that much of this is what I have perceived as an outsider and may not necessarily be accurate. After all, I’m not Russian, I don’t live in a society that is quite so oppressive, nor am I gay or supposedly deviant in any other fundamental way. However, I do know there is a definite solidarity among this specific group—Patrick Wolf fans—that exists both within Russia and internationally. I would like to bring some attention to a campaign created by Patrick Wolf fans to express solidarity with their LGBT Russian counterparts, Love Letters to Russia, which encourages people to send letters to Vladimir Putin expressing their opposition to Russia’s institutionalized discrimination against the LGBT community. There is a commonality that goes beyond simply liking Patrick Wolf’s music in this community. At the St. Petersburg concert, many were in a place where, at the moment, their identities were celebrated, their armor now a decoration. Revel in it, tooth and nail.

Note: this post’s title is not my words; it comes from an old lyric for Patrick’s song “Hard Times.” During the 2009 St. Petersburg show, he said he wrote this song with Russia in mind. These lyrics don’t appear in the album recording of the song, but were in versions he performed in 2007.